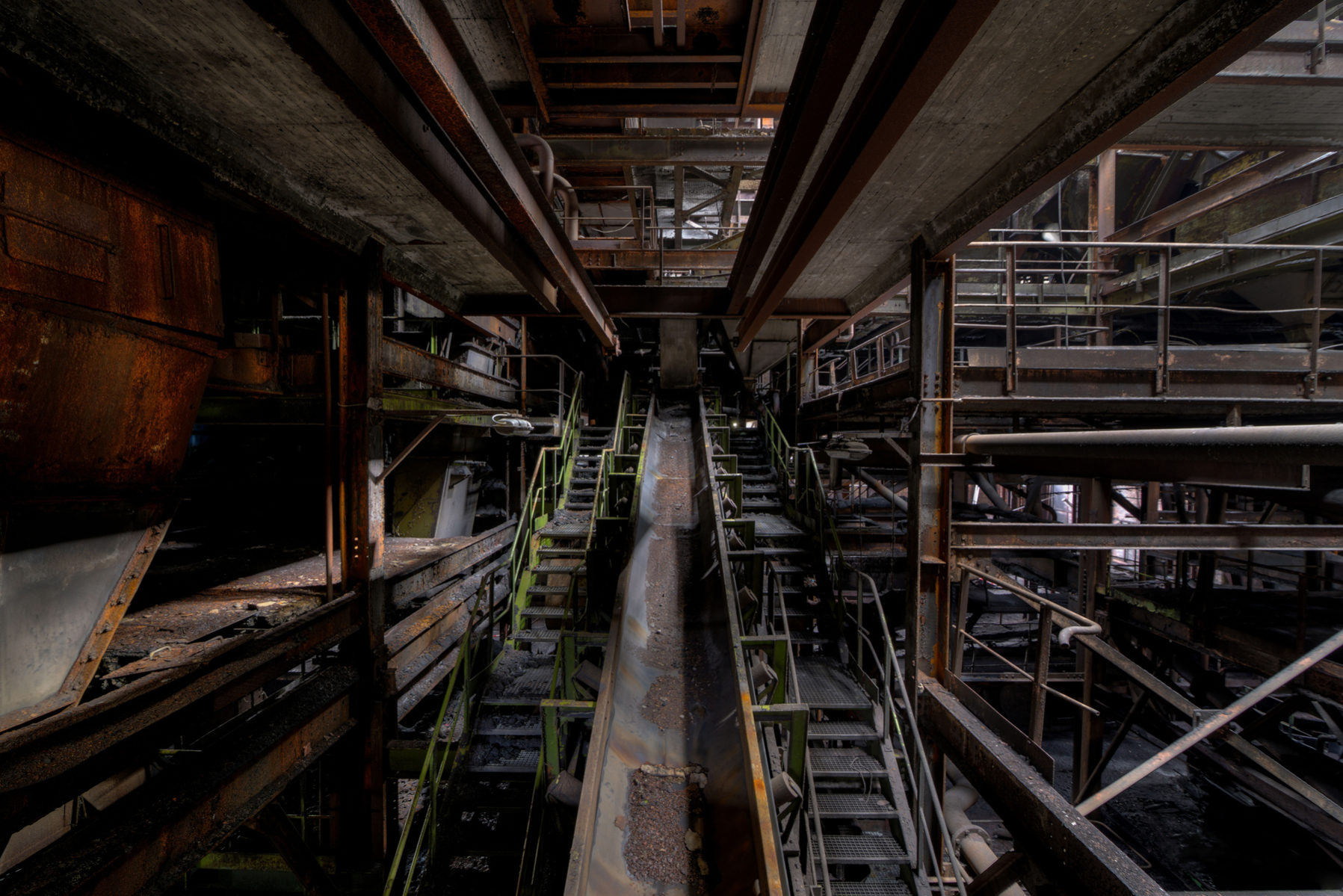 I visited this beautiful mine in one of the first months of twenty-fifteen. After visiting this site for about four hours I still haven’t seen everything. The Beringen coal preparation plant is a part of the former Beringen coal mine, which is located in Beringen. Since 1994, the building has been selected and protected as mining heritage by the Flemish government, and is planned to be reused as part of the Flemish Mining Museum. In 1989, when the mine closed, this building was about to be torn down as it seemed too big for adaptive reuse. Furthermore, its structure contains plenty of reusable valuable metals. Therefore, it is a quite difficult task to find a suitable adaptive reuse for coal washery plants. This is the very reason why there are not many coal preparation plants left on the sites of former European collieries. This building was selected and protected by Flemish minister Johan Sauwens in 1994, and was redesignated as a mining monument within the Flemish Mining Museum.