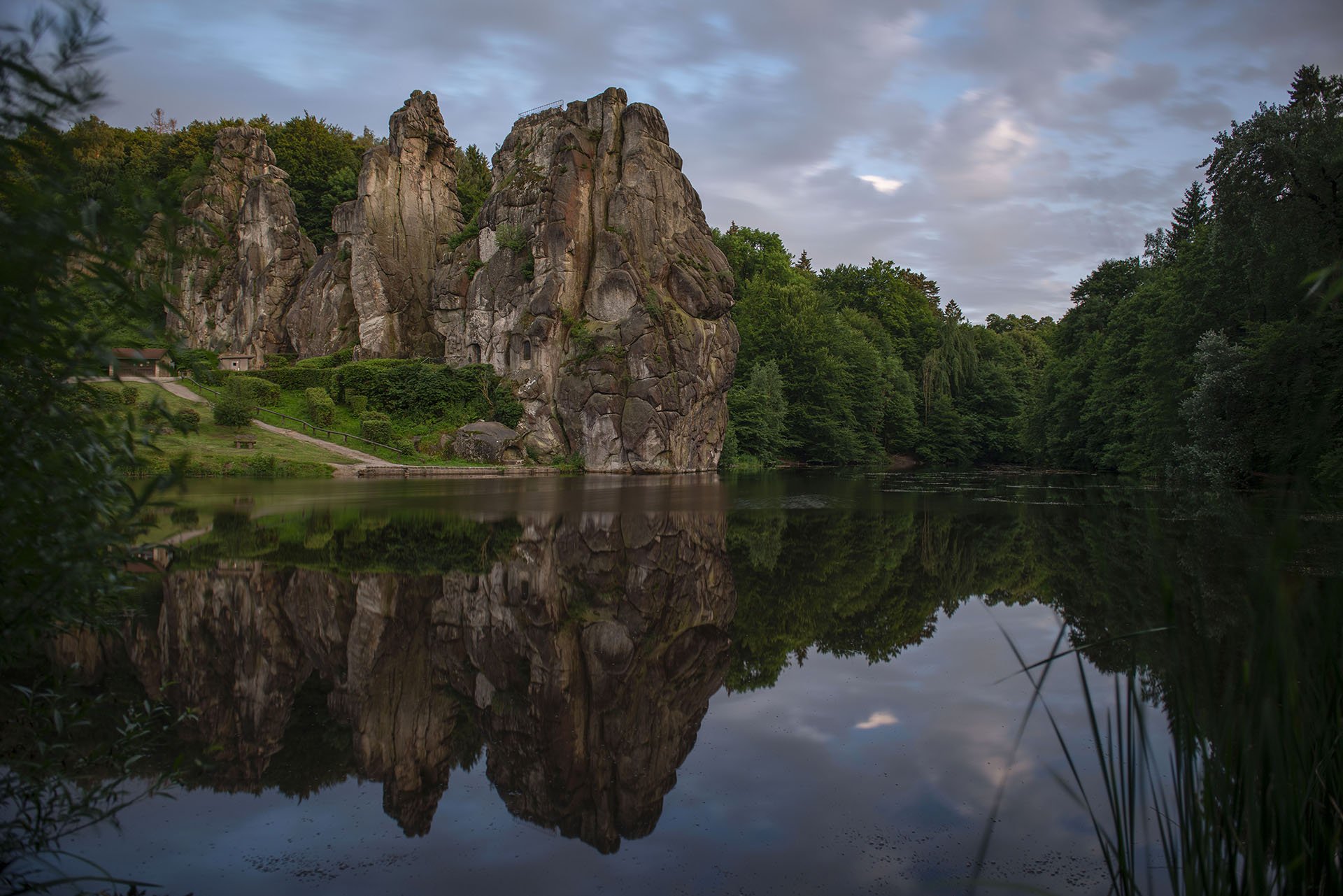 The Externsteine is a distinctive sandstone rock formation located in the Teutoburg Forest, near the town of Horn-Bad Meinberg in the Lippe district of the German state of North Rhine-Westphalia. The formation is a tor consisting of several tall, narrow columns of rock which rise abruptly from the surrounding wooded hills. In a popular tradition going back to an idea proposed to Hermann Hamelmann in 1564, the Externsteine are identified as a sacred site of the pagan Saxons, and the location of the Irminsul idol reportedly destroyed by Charlemagne; there is however no archaeological evidence that would confirm the site’s use during the relevant period. The stones were used as the site of a hermitage in the Middle Ages, and by at least the high medieval period were the site of a Christian chapel. The Externsteine relief is a medieval depiction of the Descent from the Cross. It remains controversial whether the site was already used for Christian worship in the 8th to early 10th centuries. The Externsteine gained prominence when Völkisch and nationalistic scholars took an interest in the late 19th and early 20th centuries. This interest peaked under the Nazi regime, when the Externsteine became a focus of Nazi propaganda. Today, they remain a popular tourist destination and also continue to attract Neo-Pagans and Neo-Nazis.

Previous Back To Portfolio