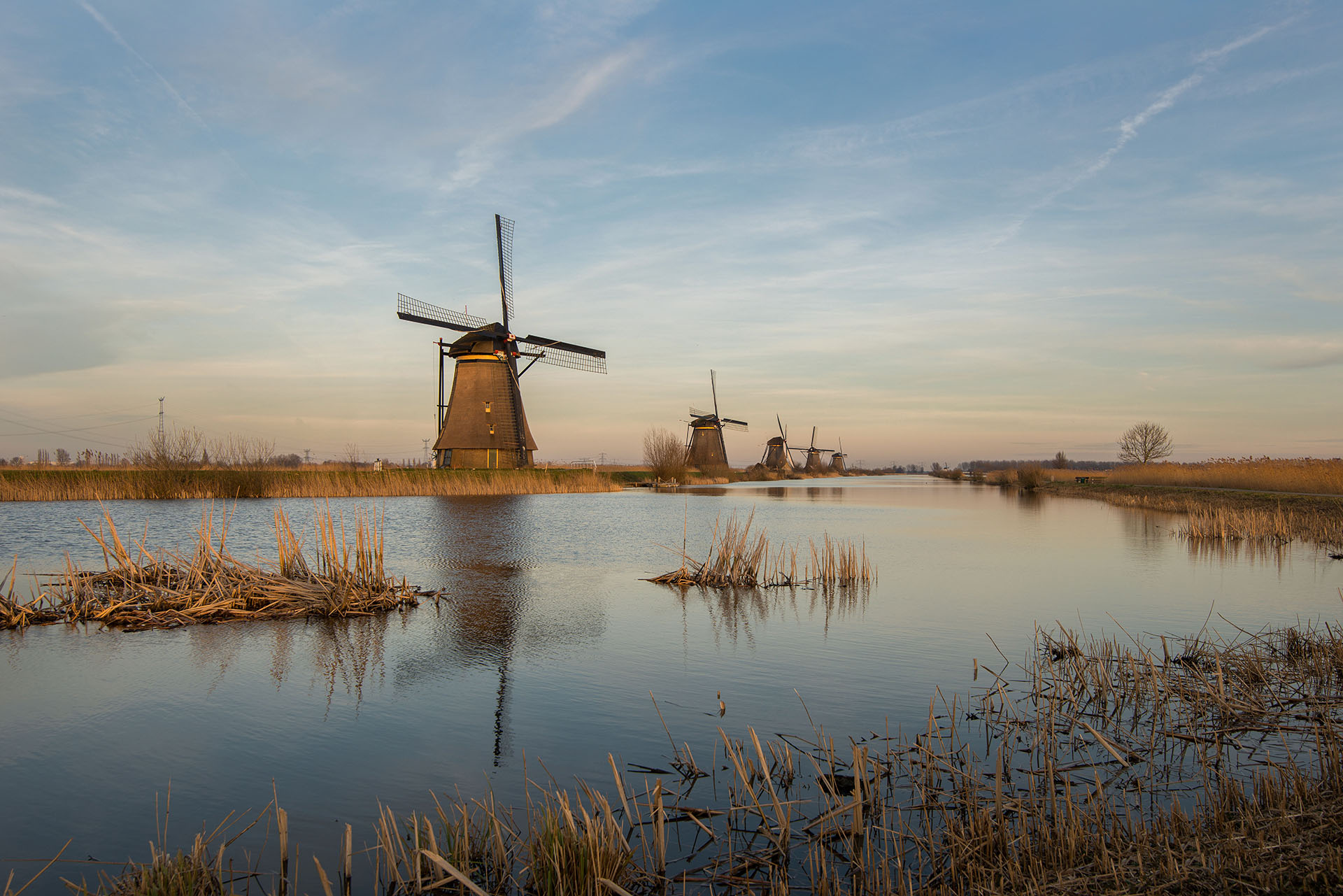 Kinderdijk is a village in the Netherlands, belonging to the municipality of Molenwaard, in the province South Holland, about 15 km east of Rotterdam. The name Kinderdijk is Dutch for “Children dike”. In 1421, during the Saint Elizabeth flood of 1421, the Grote Hollandse Waard flooded, but the Alblasserwaard polder stayed unflooded. It is said that when the terrible storm had subsided, someone went on to the dike between these two areas, to see what could be saved. In the distance, he saw a wooden cradle floating on the waters. As it came nearer, some movement was detected. A cat was seen in the cradle trying to keep it in balance by jumping back and forth so that no water could get into it. As the cradle eventually came close enough to the dike for a bystander to pick up the cradle, he saw that a baby was quietly sleeping inside it, nice and dry. The cat had kept the cradle balanced and afloat. This folktale and legend has been published as “The Cat and the Cradle” in English.