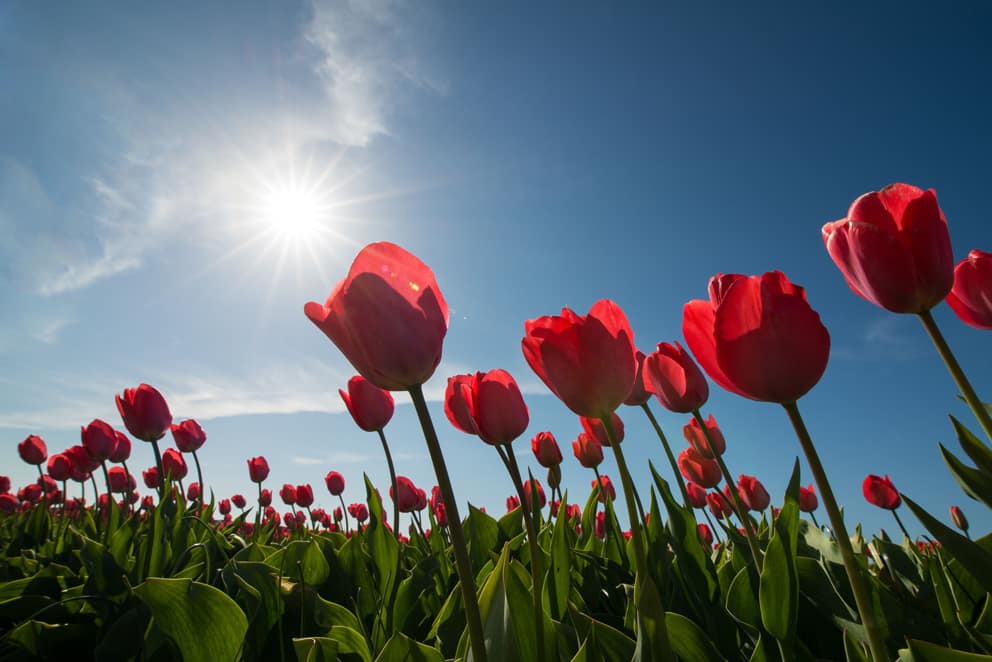 This picture shows Dutch pride! The tulip is a Eurasian and North African genus of perennial, bulbous plants in the lily family. The tulip was a topic for Persian poets from the thirteenth century. The gift of a red or yellow tulip was a declaration of love, the flower’s black center representing a heart burned by passion. In recent times, tulips have featured in the poems of Simin Behbahani. During the Ottoman Empire, the tulip was seen as a symbol of abundance and indulgence. The era during which the Ottoman Empire was wealthiest is often called the Tulip era or Lale Devri in Turkish. Tulips became popular garden plants in east and west, but, whereas the tulip in Turkish culture was a symbol of paradise on earth and had almost a divine status, in the Netherlands it represented the briefness of life. A number of names are based on naturalised garden tulips, and are usually referred to as neo-tulipae. These are often difficult to trace back to their original cultivar, and in some cases have been occurring in the wild for many centuries.