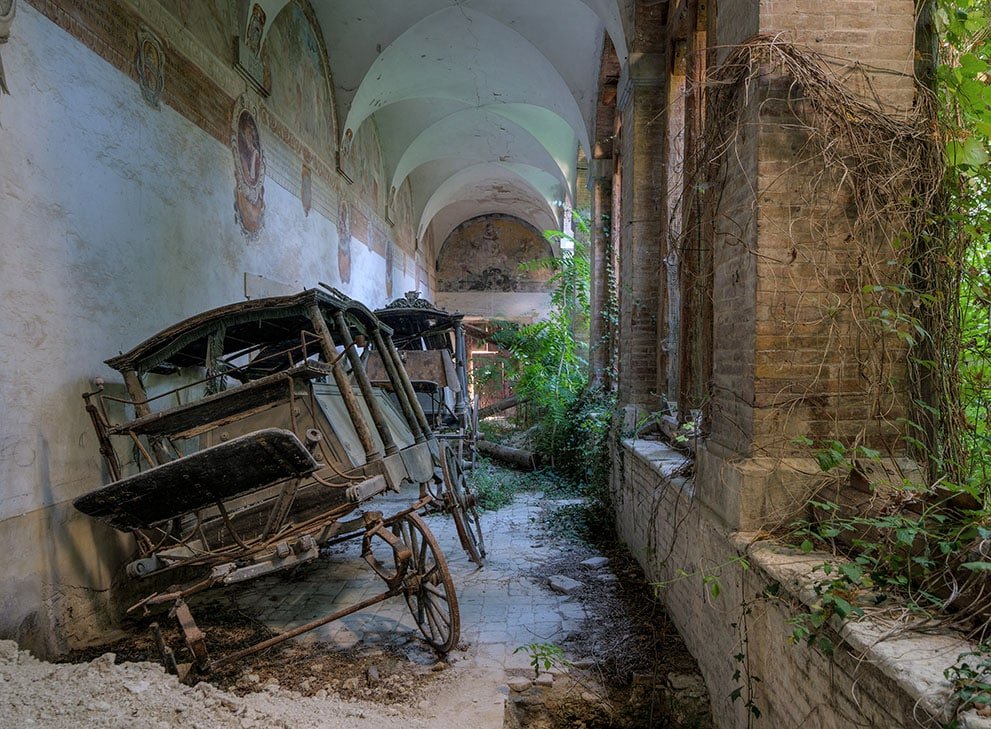 A coach is originally a large, usually closed, four-wheeled carriage with two or more horses harnessed as a team, controlled by a coachman and/or one or more postilions. It had doors in the sides, with generally a front and a back seat inside and, for the driver, a small, usually elevated seat in front called a box. The term “coach” first came into use in the 15th century, and spread across Europe. There are a number of types of coaches, with differentiations based on use, location and size. Special breeds of horses, such as the now-extinct Yorkshire Coach Horse, were developed to pull the vehicles. A coach might have a built-in compartment called a boot, used originally as a seat for the coachman and later for storage. A luggage case for the top of a coach was called an imperial; the top, roof or second-story compartment of a coach was also known as an imperial. The front and rear axles were connected by a main shaft called the perch or reach. A crossbar known as a splinter bar supported the springs. Coaches were often decorated by painters using a sable brush called a liner.